(1) Invite your sister and a good college friend along for a car ride. 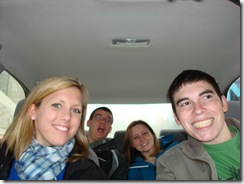 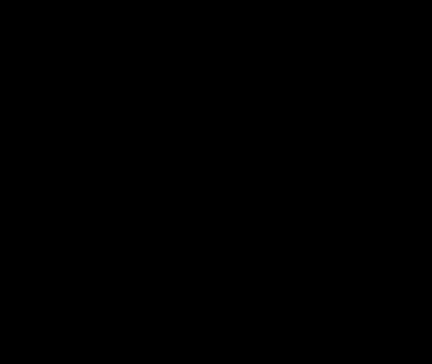 If you cant tell from the video, Daniel was SOOO excited because he loves cars so much. (and every time he said that, my sister died laughing.) (tay-tay is from a youtube video we had been quoting…haha)

Overall, to my surprise, it was a lot of fun.

Of course I don't know what was more fun---the cars, or seeing Daniel like a kid in a candy shop… 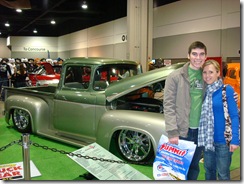 ….and in the coming weeks, I’ll give Daniel the chance to return the favor with a good chick-flick and shopping date!

allow me to introduce…

So, personally, I always enjoy a blog that introduces all the characters that appear in that blog.

Allow me to introduce my fiancé, Daniel. 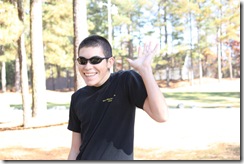 I met Daniel in Calculus. One of my first memories of him was him asking our minimal-english-speaking professor a question in his extremely deep southern drawl and the professor having absolutely no idea what he was saying….A few weeks later he followed me out of class and invited me to Bible study with him….

Daniel is interested in two main things; guns and cars.

If you are interested even in the slightest bit about either one of these things, he will probably be able to talk to you for hours.

(Chances are though, you could be interested in basket weaving, and he would find a way to carry on a conversation. He has a gift for meeting people exactly where they are. He has never met a stranger.)

Daniel is a clean freak. He cleans his bathroom about every week, and his room is always tidy. (oh and I totally LOVE this about him- haha.)

Daniel is happiest when he is doing something. Playing a game. Going somewhere. Fixing something. ANYTHING- he does not like to be sitting still for long. (Sometimes this is a problem. I love downtime.)

In traffic if someone cuts him off, he will pull up behind them and put on his brights….even though I tell him (in the middle of the day) that, that is not effective or Christ-like.

Mostly though, he just likes order and when things are out of order his engineering brain wants to fix it. He (and me) work (are convicted most) on patience and love of others even if they don’t do things the way we think they should be done….

At the end of the day, perhaps the funniest Daniel is a sleepy Daniel. 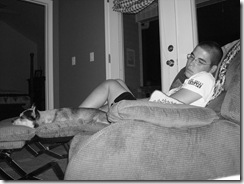 He typically falls asleep in the strangest places, at the randomest times.

One time at my parents house, he had ‘gone to bed’. A few hours later my sister and I headed to our room but saw the lights still on in his room. I knocked, no response so we peeked in and he was passed out asleep across the bed, on top of the covers and everything….I was just going to put a blanket on him, but first I said “Are you hot, or are you cold?” in which he replied “I’m Daniel…”

My sister and I laughed for about a solid hour after that….

He is funny, smart, and an amazing man of God.

My heart leaps at the thought of marrying him.

He is a definite main character in this blog so I hope you’ve enjoyed a sneak peek into who he is!

Posted by Katelyn at 8:25 PM No comments:

so i need to go to bed….and yet i cant pull myself away from blogs….and then i decided to go ahead and update my blog as well!

so i havent talked about it much, but i am back working full time currently for my ‘co-op’ for school….basically i take a semester off from classes and, well, work…..full time in a job in my major.

my major is industrial engineering….which means i am working in a manufacturing setting.

i really like my job. it is fun and interesting and i have had the chance to meet a lot of really nice people.

it is also a ‘boys club’ meaning i am pretty much the only ‘management’ woman in my department. (i’m not a manager, but i’m not a plant associate so i work with all the managers.)

tonight i decided i needed some girl time so i called up two ladies i hadnt seen in a while and we spent the evening chatting and catching up.

i am SO thankful for good christian girls in my life to talk to and keep my accountable.

i am definitely refreshed and ready to face another day at the ‘boys club’….haha

and then the WEEKEND!!!

A week ago my mom got sick. Real sick with a stomach virus. Neither my sister or I were home so my dad took good care of her but eventually had to take her to the ER  before she was able to get a little better.

24 hours later my dad got sick. Real sick with the same stomach virus. (although he didn't have to go to the ER because my mom just shared some of her drugs with him.)

24 hours after that they were better. Weak but better. and my Mom started cleaning* like crazy.

*Some people might read that and be like “yeah yeah cleaning”---but my Mom is the woman who would tell me to clean my room. I would scrub for hours, she would come in, find dust on the blinds and asked me how I LIVED LIKE THIS!!! The woman knows how to clean. She's borderline germ-o-phobe.

Anyway, this past weekend Daniel was working Saturday and my sister had school stuff, so I decided to go home and check in on my parents…resting assured the germs would be gone.

24 hours after I got home I got sick. REAL SICK. Up allllll night long sick with my Mom until about 4:30 when I felt well* enough for my Dad to take me to the ER.

*When I say ‘well’, I mean the intervals between throwing up were about 20 minutes so I thought I could stomach the 19 minute ride to the hospital.

I had to get 3 bags of fluids, and 3 shots of meds before I finally joined the living again.

Today I am SO much better. Still weak and NO food sounds good but better….

Being sick absolutely stinks but I was thankful to be home for my Mommy to take care me….although she said it would have been good in sickness and in health practice for Daniel. haha.

Now my Mom and I are just freaking out because this SUPER virus must not react to Lysol and Clorox or it is hiding in places that our Lysol and Clorox don’t reach….Pray we can get rid of it though and no one else has to suffer from it.

In the end though, our family has lost a combined weight of about 10 pounds from it….I’d rather just exercise….

Hope everyone else is staying well!

The month of January is kind of daunting, especially if you are like me and tend to put life in the perspective of a calendar; 12 months at a time.

The month of January is even more daunting if you are, like me, recently engaged and (in my opinion) embarking on one of the most daunting experiences of your life, planning a wedding.

I’ve caught myself relating the next year (and a little) of my life into specific random days.

There aren't many of them, but these days seem to loom over my head reminding me how quickly 2010 is going to flip to 2011.

Most of the days however; are legitimate actual days.

May 17th. The first day of my second to last semester of college.

May 29th. My best high school friends wedding, and my debut as bridesmaid extraordinaire.

August 15th. The one year anniversary of the death of my neighbor.

August 23rd. The last first day of my FINAL semester of college.

November 1st. Daniel and my 3 year anniversary together.

But perhaps out of all of these days the one that is pressing into my every thought is the one in which I will become one with someone else. The day I will become a wife.

I’m from the south. I’ve been raised to color dirt in coloring books ‘red’, call any soft drink ‘coke’, and shut down all internal logic/reason with any threat of snow.

Lately it has been intensely cold in the south and even more lately we have had ‘snow clouds’ move through our state.

I am convinced that I experience cold more intensely than most people, so all this coldness has been especially hard on my thin like water blood. I don't like it. I especially don't like ‘in your face’ cold (read: wind).

Regardless of my ‘disdain’ for cold and ice and snow and sleet and freezing rain and wind…I can NOT stop watching the news about the recent snow flurries in my state. It is a sickness.

Talk about a combination for some good uh-mazing TV.

Reporter: “So what are you picking up from the store tonight?”

Person: “Oh you know I had to get the staples- milk, eggs, bread…”

WHY? Why are the staples in a snow storm milk, eggs, and bread?

Yesterday, the only thing I was concerned about having (should I get iced in, which I actually am) were diet cokes and Ramen. I knew I couldn't live without the DC (duh) and Ramen is filling and warm. Boom. Done.

If you’re in North Georgia today, stay off the roads and just read blogs all day!

For you more North people who were raised with all this snow stuff- what are your snow ration staples?

Posted by Katelyn at 6:55 AM No comments: