“GET OUT OF MY FREAKING WAY”…….check

sometimes it stinks being a girl….haha.

I am on a blog roll….I am trying to catch up with everything going on---so I have to fill you in on the Keith Urban concert.

We had a blast. Our seats were nose-bleed-ish, but luckily my moms camera has a good zoom- and they really werent that bad.

Boyfriend absolutely loved it! He air guitared quite a bit, and I just danced in my seat. haha…..and I use the term “danced” loosely.

I love Taylor Swift. I think she is a great girl and her music speaks directly to all those teenage girls in awkward middle school and early high school years. We were actually sitting behind two such girls, there with their parents. It was so cute watching them scream the lyrics to “Picture to Burn.” 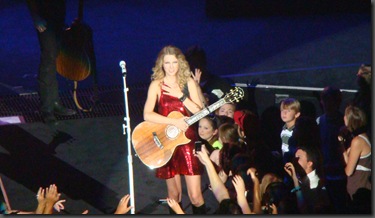 Then Keith Urban came out…and he is just so talented. I’m not very music savvy but I know the boy can play a guitar. Boyfriend was mostly impressed with how he walked through the audience still playing his guitar while people were like grabbing him and touching him.

I know its kind of blurry but you can see him right there-----> with his bodyguard and he is still holding his guitar. 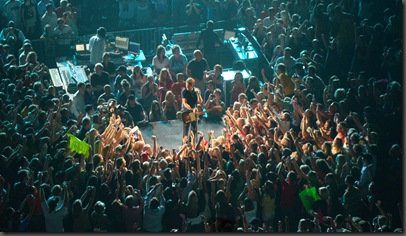 This picture is when he came to play in the center….I like the lighting and how everyone's arms are up….It makes me feel like a photographer….haha. 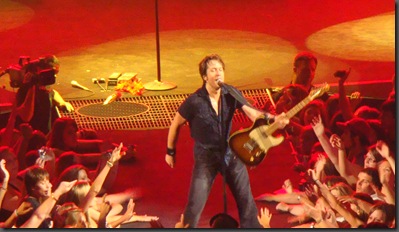 I really like this one because of the lighting…and well its Keith Urban….

It was a fun night!

When I was growing up, my family lived on a cul-de-sac  which was really nice because we were back in the neighborhood and that meant it was a little bit quieter of a street with plenty of room to ride bikes, drive Barbie cars, and rollerblade (a lost art form btw).

I don't remember anything too specific about playing in the street except that EVERY time before I walked out the door, my mother saying “If a car comes, GET OUT OF THE ROAD---COMPLETLEY, move all your stuff over---QUICKLY”…..

As I type it, it seems so obvious. Car coming. Move out of road. Easy…..NOT.

My boyfriend just moved. He was in one neighborhood and now he is in another. Both neighborhoods are full of kids who have missed this message.

I will be driving through…slowly because its a curvy road and I am always on the look out for kids. They are easy to spot though because they are typically RIGHT in the middle of the road. When they see me, they look annoyed because well- they realize my Camry will not fit between them, and a mailbox. Then ever so slowly, they roll their bikes out of the way.

I have even had kids stay on their bikes in the middle of the road, and I’ve followed them until I finally reach boyfriends house.

Crazy. Has anyone else noticed this rude neighborhood kid trend? Or other things that this upcoming generation just doesn't understand?

Posted by Katelyn at 8:09 PM No comments:

tomorrow (saturday june 13th, 2009) will be the fulfillment of a gift given almost 4 months ago….. 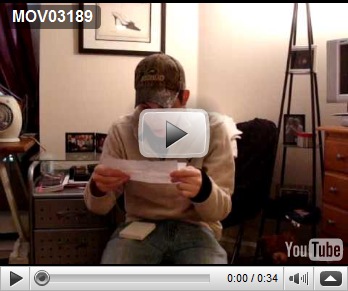 and a little something for me since taylor swift is opening for him….oh how i love her.

we’re so excited. it should be a great weekend!

my roommate, among her many attributes, is an aunt to a beautiful little 2 month-ish old baby. last night her entire family was at our apartment celebrating her birthday, and i got to sit and hold baby benjamin for at least an hour as he rested peacefully in my lap smelling of all the yummy things babies smell of. it was wonderful- especially the fact that i got a nice little baby fix and didnt have to change a diaper or stay up all night. :)

and since i’m on the subject of babies- let me move to toddlers. there is a toddler who lives right above me. i assume he is a toddler—but with the amount he runs back and forth across the apartment at all hours of the day and night- you would think he was a robot, because the kid seemingly never stops. tonight he was especially awake and i believe his parents must make him run laps around the apartment before they feed him or something. i dont know but he is loud. i’m thinking about buying them one of those kid leashes and telling them to take him outside to run.

now teenagers. there were swarms of them on my campus today for freshman orientation- bright eyed and ready to go. it has definitely made me think a lot about how college has changed me since i was at my own freshman orientation. i have learned and grown so much and i know this is only the beginning.

i know i am not a baby, toddler, or teenager anymore…but its hard to look in the mirror and call myself an adult. what a big word. you think they would have come up with a transition word for 20-something's; kind of like 12 year olds are “tweens”. phew- just the word is awkward.

i’m not sure when i will officially feel like an adult but i definitely dont feel like any of the above….haha.

Posted by Katelyn at 9:44 PM No comments: